Thank You for supporting Made in USA!

Saltys Lures are the Diamonds in your Tackle Bag! 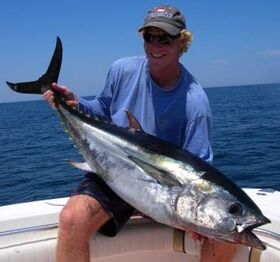 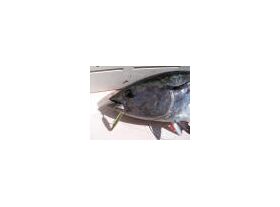 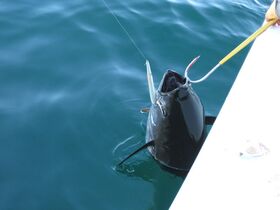 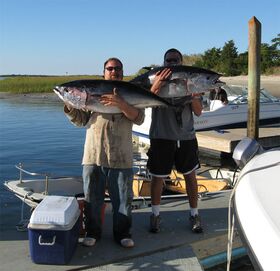 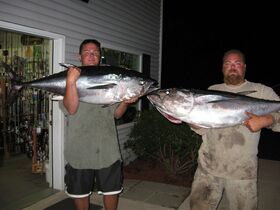 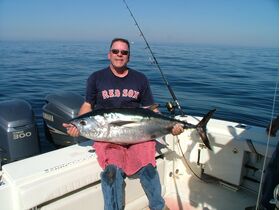 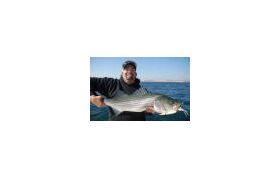 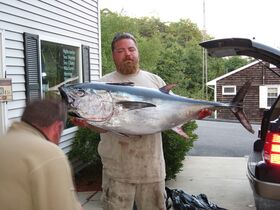 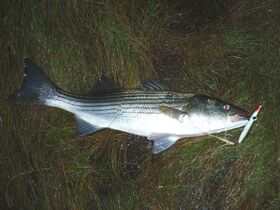 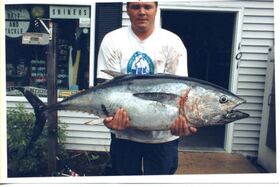 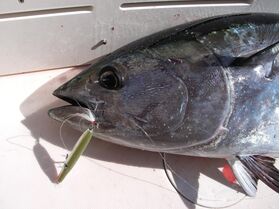 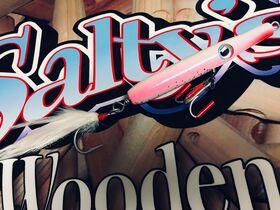 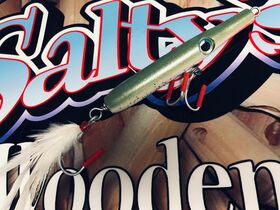 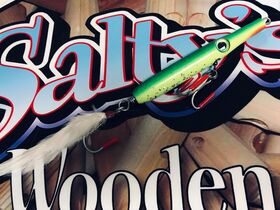 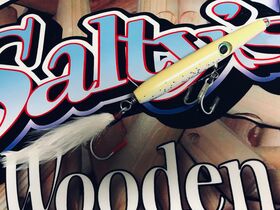 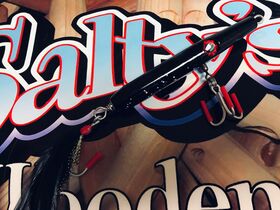 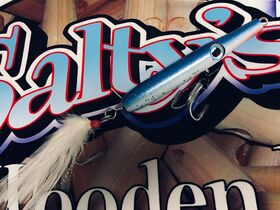 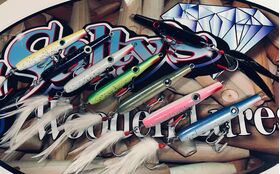 WARNING: This product can expose you to chemicals including Lead, which is known to the State of California to cause cancer and birth defects or other reproductive harm. For more information go to www.P65Warnings.ca.gov.

Saltys is a small business and exempt from California Proposition 65 warning requirements, but choose to provide them voluntarily for known chemicals per California law. Wash hands after handling, DO NOT smoke or eat with contaminated hands! Keep away from children and do not ingest! USE COMMON SENSE!

These are absolute killer sand-eel imitations!

What our customers have to say:
"You should see some of the fish I am getting on your short needle. Even with a mod drag I lost a few slobs to straightened hooks. Problem is when I beef them up my bite ratio goes down so I am running a soft drag and keeping my fingers crossed. This needle is out producing everything in my bag including sluggos and my partner is also convinced. That's your Olive/white needle, the small one. I am doing well also with the silver black combo."
"This past season I ordered a few of your 1 oz needle fish off your website after I had cleaned out the selection from Canal Bait and Tackle. Which by the way are THE BEST plug on Light Tackle I have ever used. They caused some of the most vicious strikes I had all year"

"I mean what I say, the three of us were in awe today at how well your plug held up. Not only does it work, but it doesn’t bust into a million pieces like a yoz### etc after a nice fish. I could put it on the line right now and go catch another tuna without doing a thing….even the bucktail looks sweet."

"Picked up the yellow over white at Blackbeards yesterday. Bought the last few he had, the ones with the eyes on them, not sure about the size.
Had tuna smashing them today along with bass and blues…managed an 79 or 80 pound tuna on the boat and I have to say I’m amazed how well your hardware held up. Scott, when I tell you this tuna had a single hook in his mouth that’s all he had and it looks like it’s brand new. Not bent, not broken…looks new. Your making a great piece of hardware, just figured I’d let you know what we thought. I think that thing could have handled a 120 pound tuna no problem."

"I've been reading all of Riptides posts - talking about how good the Saltybugger plugs are. I bought one this week at Firefly outfitters in Boston. Picked up the yellow needle fish. Started the day on Boston Harbor with my usual storm shad and slug### - nothing. Fish came to surface and would not hit shads or slug###. Tied on my new Saltybugger plug, scrambled to take the hook protectors off (need to do that before I leave the dock) and came tight on my first cast. Steady pick of 30-45" bass in Boston Harbor this AM - due to the Saltybugger plugs!!!! I'm a convert!!!!"

"I picked up one of your plugs when I was up at First Light over the weekend too, built to last with some great hardware. I’ll never buy another XXXbs-quality plug again, your stuff is top shelf at a very fair price."

"Almost got the skunk this morning, but salty needles saved me. Caught on the white patriot and the blurple stubby and nothing else.
Thanks for making nice, affordable plugs that catch fish."

THAT Ladies & Gentlemen is what it's all about. Well designed lures that catch fish!

I receive letters and notes from many people who fish my lures. The common theme seems to be large fish :)

Salty (or is it Mr. Bugger?),
10/23/05
I pull into the lot at the top or the hill and wait for my buddy to arrive. I chill to WBRU for 15 min., but no Jay. Oh well, he knows where I'll be. Grab my rods, plugs and korkers and head down the winding road to Watch Hill light. Two guys headed the opposite direction- 'nothing going on' I think to myself as we pass without a word exchanged. No matter-this is my time to fish, so I stride on.
I'm sitting on the concrete wall strapping on my korkers when a gentleman approaches on his way out. "Not much happening. Guys said they had a couple rats earlier, but that's it." He heads off to his fourth stop of the young day, and I climb down onto the rip-rap and head around the point. It's 4:30 AM.
One guy fishing the SE corner. That's fine. I want the SW corner. The surf from Saturday's ENE wind will be spilling over the rocks in front of the light, and the bass, as they often do here under such conditions, will be patrolling the white water just beyond the pointed rock on the SW corner.
A little further into the darkness and I'm at the SW corner. Score-no one here! Just one guy 75' to the north. Plenty of room for me to slide into the honey hole. I clip a plug onto my Breakaway clip (try them, they seem to work great)! and fire into the strike zone. Good- no weeds. Ten or so casts later I swing my plug in, flip on my light and give it the once over. Looks good. Light off. What's this? The eyes are glowing. Cool! I heave it out again. One crank, two cranks, three cranks... a few more cranks- WHAMMO!
Some head shaking. Some strong bull dogging. A short run here. Some more bull dogging followed by another short run. I'm really laying into the fish with my heavy 10-6 with fresh 20 lb. Suffix mono (great line!- try it) on my Shimano. Maybe I should back the drag off a little, just in case the line's chafed a rock. A few minutes pass, and I steer her around some rocks.
'Careful now, she's getting close' I think to myself. I switch my light on to find her-whoa-good fish. I grab the leader and lift her head-she's well hooked so I take a double wrap of the leader around my gloved hand and hoist away. 'Good fish indeed' I'm thinking as I climb up to the base of the wall.
My plug's been engulfed. The siwash is beneath her tongue and the forward VMC is securely lodged in her upper lip. Back hook's out (it's always easier when you can just stick your hand in there)- now for the front. Got it. Wow! 'I should measure this thing'. I lay my rod along her dorsal side, align the butt cap with the fork of the tail. Now I check my tape marks. Way past the 30" mark- she's up to my second mark! I grab her by the lip and climb down to the water-a wave rolls in-and I slide her in head first. She's on her way.
Forty inches! My biggest striper, shore or boat, to date, and hooked after fishing for less than 20 minutes in a spot already hammered by other anglers. The secret weapon? A brand new (fewer than 20 casts!) 2.5 oz. black and purple Salty's Wood Lures needlefish, with glowing eyes!
Thanks for making my week!
Jon

Another Angler writes of a trip to Block Island:
"Sorry I totally forgot the camera I was late for the ferry and I left it sitting on my front seat in the parking lot.

Here is the whole story:
I went over for the night to fish with a couple of friends, they told me Tuesday Morning that they have been getting teen sized fish (pounds) so I said fine still fun maybe I can go to some of my spots they don't know and show them and there are usually bigger fish there at times.

I hit the 3 o'clock ferry and got on the Island at 4pm, we hung out talked fishing and headed out for the dusk bite, we went to #### the place was dead I got one Blue fish probably 3 pounds then nothing. After we went to #### and fished till full dark and nothing there at this point I am like this always happens to me.
the sea was down and wind changed.

back to the base and we had dinner and planned the night, it would be high tide 11 or 12 mid night so we went to #### and first cast I had a fish on and I reeled in and it was weeds? weeds don't shake? it got off? well few more cast nothin so I moved next cast 20 pound fish released and after 3 casts it happened the hugest hit ever and then the run and run and run I was like oh !^@#%!. tighten the drag still run tighten more then it stopped I slowly pumped it in and after 2 more smaller runs I landed it 43 inches 32 pounds I let it go I wasn't going to carry it up a 75 foot bluff like that 44 pounder. well that was my personal best to date. as the tide dropped I had a couple of more come off and another 2 15 pound fish landed. 3 hours down (2am) from High we went to #### nothing there I had a bout 20 grabs and 3 hooked and let go but either small bass or maybe small blues. so we left. they were calling it #### but my map says differently. any way I did good there and landed 4 that were 28 to 32 inches and 3 that came off. Island fish fight like hell and know how to use the rocks. now it was 6 am and we were tired and wet. so we called it a good trip and went back. I tell you I am so glad I had that Salty Bugger Electric Chartruce needle fish because it out fished the other 2 guys and one that usually out fishes me got skunked. I just wish I brought more so I could have shared. I slept for 2 hours and jumped on the ferry at 11:45am well worth the trip and the money. 7 keepers 28 to 32 1 cow 43 inches and a small Blue fish"

All on Salty's needlefish!

I get asked a lot about what colors are best?
Olive/White mimics a nice size sand eel or needlefish color and size when you see it in the water.. Black/Silver makes a perfect small fish imitation such as medium/large sandeel. Electric Squid is a great color to imitate frightened squid as they flee predator fish in the rips and rocks of the northeast. Yellow or Parrot at sunrise or cloudy days. Black/purple at night with the glow eyes is a killer if you softly light up the eyes in your headlamp. On sunny days I stick with a color that has a high definition color hue change on it....Olive/White, Blue/White, etc. Spend some time looking at the bait prevalent in your area and you will soon understand why certain colors can give you just that little bit extra advantage to entice a larger fish to take your lure.
Don't be afraid to use such colors as Olive/White, Blue/White, Parrot, or Yellow/White at night either!

We've found that the larger needles work very well from a boat also! A 6'6" St Croix Musky Stick with 12 lb test line lets you get a decent "lob" on them and the backbone of the rod is great for keeping them up on top.
Slow steady retrieve, occasional twitch. You can make them "swim" real nice and stay in contact with the lure for even the light hits! Works well in rip edges for light tackle fishing!

All images and pages Copyright 2001-2022 by Scott Bullock/Salty's
All items under 150lb are subject to Federal Sportfishing Excise tax.

More information can be found on our sales policies page.